Ortholog and its detection 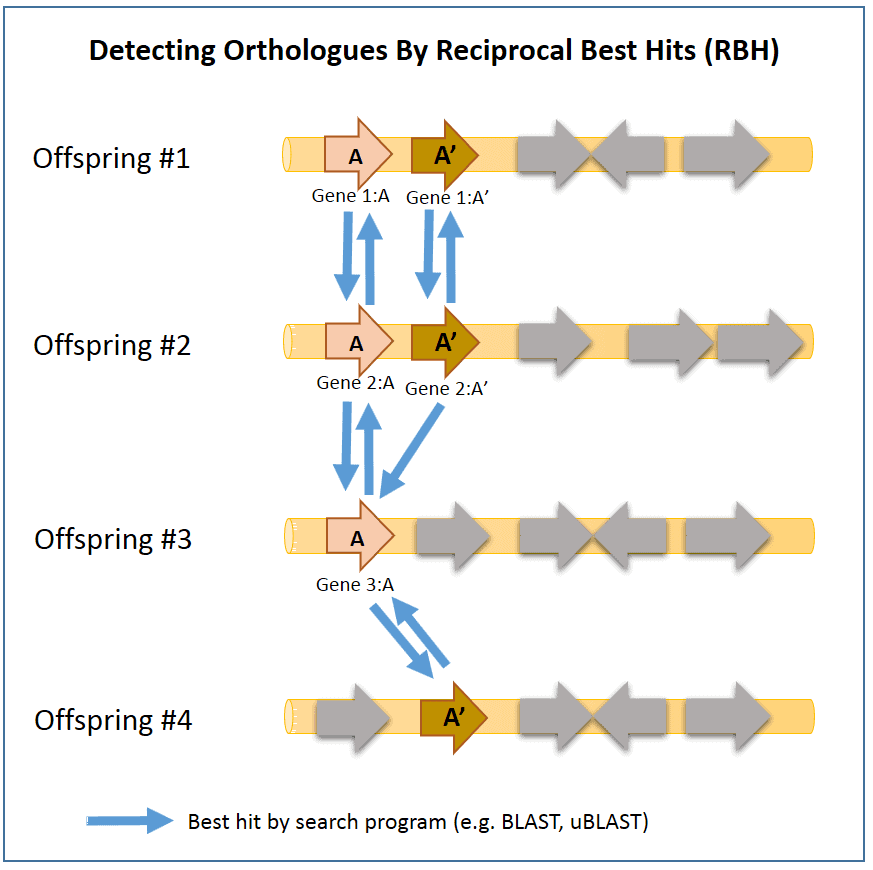 Definition of Homology, Orthology and Paralogy 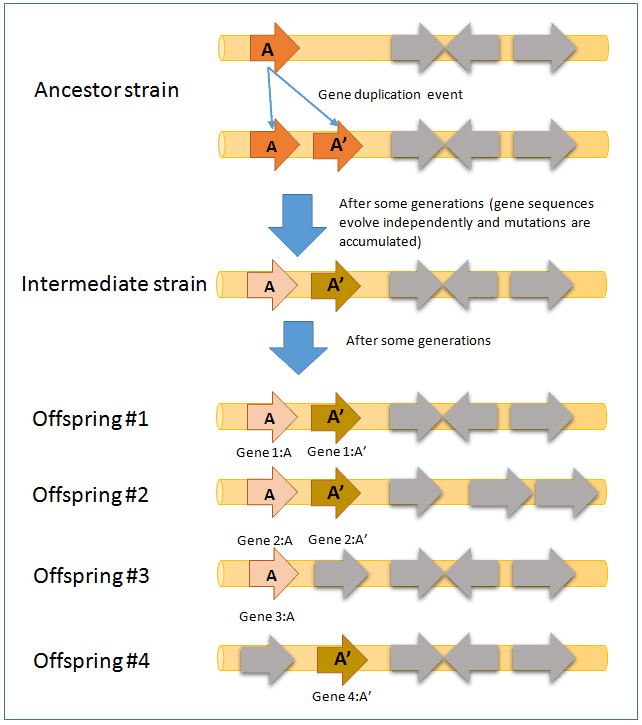 In the above figure, gene A in the ancestral strain was duplicated to give birth to gene A’. Over time, these two genes evolve independently and results in different sequences. As more time passes, the sequences become more different and as a result, genes A and A’ in the intermediate strain show paralogy.

The following statements are true:

How to detect orthologs for large scale comparative genomics 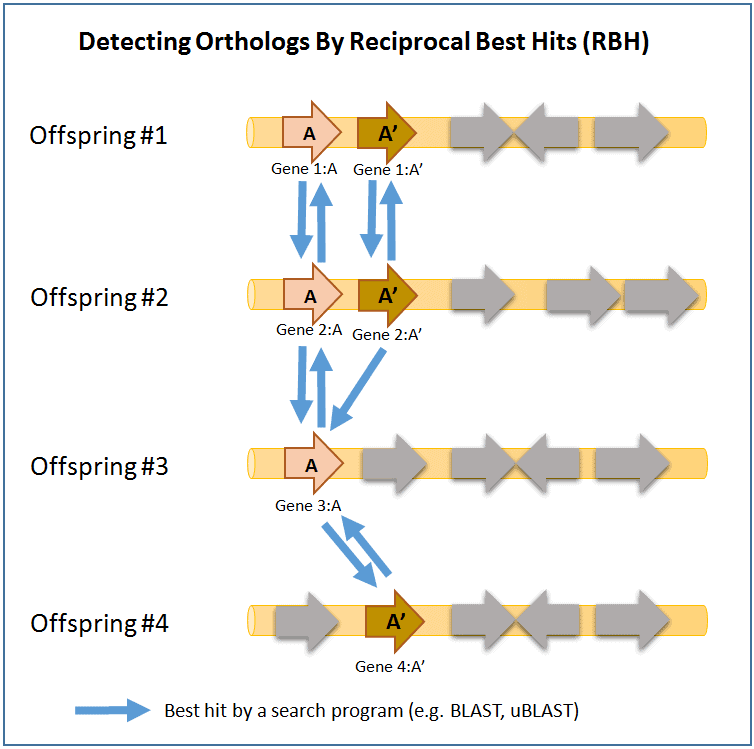 In RBH method, two genomes are compared in a pairwise manner using amino acid sequences of each CDSs.

In the above example, orthologs can be confirmed by the homology search process as they will result as “best hits” to each other. Here, genes 2:A and 3:A are orthologs as they are “best hits” to each other. In contrast,  genes 2:A’ and 3:A does not show orthology as only 2:A’ ->  3:A has the best-hit relationship (not reciprocal). In rare cases, using this method can give false results unfortunately. Here, genes 3:A and 4:A’ are detected as “orthologs”, which is not true. Orthology can be further investigated using a method called “tree reconciliation”, which will reveal that genes 3:A and 4:A’ are not really orthologous.

RBH is a commonly used method for large scale computation as it is suitable for such computation. RBH analysis can be carried out using BLAST or uBLAST program. In EzBioCloud Database, we use uBLAST with an e-value threshold of 10-6 (Ward & Moreno-Hagelsieb, 2014).

This method provides additional information and complements the RBH method mentioned above. It was used in a large scale comparative genomics study (Chun et al., 2009) in which basics of the algorithm were given. It is different from RBH method because: 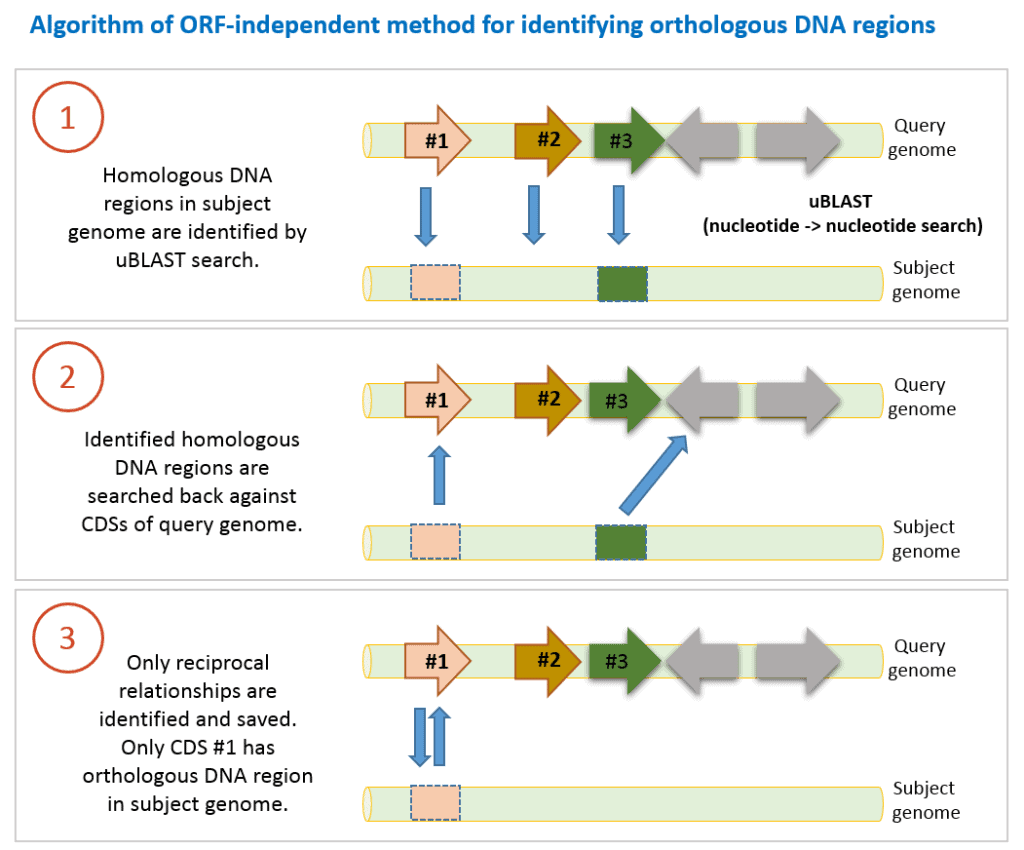 The algorithm used in EzBioCloud Database are as follows:

The below example highlights how ORF-independent method helps ortholog identification when ORF/CDS prediction is not correct. 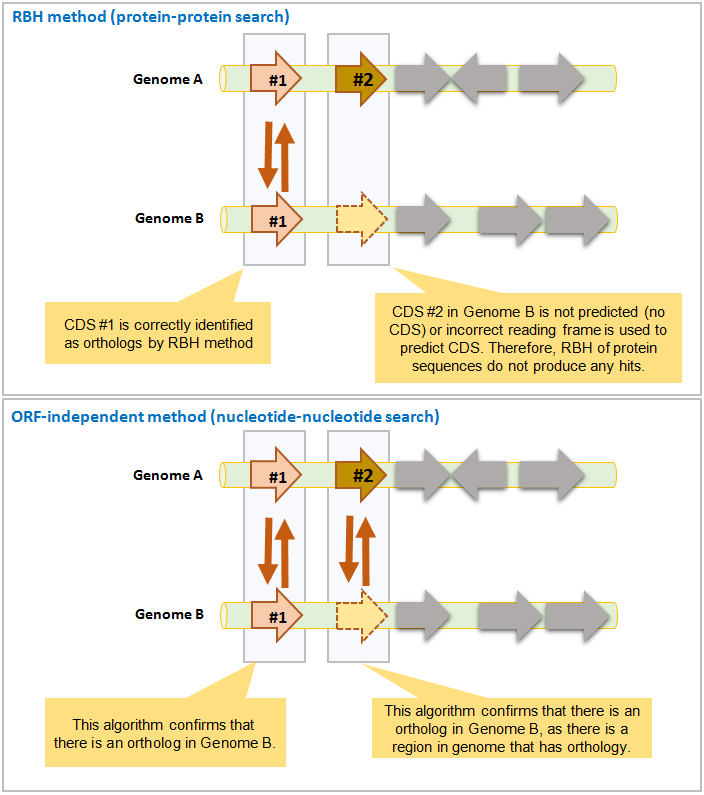 A real example is given below. This is taken from “Vibrio cholerae tutorial set” available at https://ezbiocloud.net/genome/view_myCGData where CLG files for all genomes can be obtained. CLgenomics should be installed to open and browse CLG files. The program is freely available at https://data.cjbioscience.com/software/clgenomics. 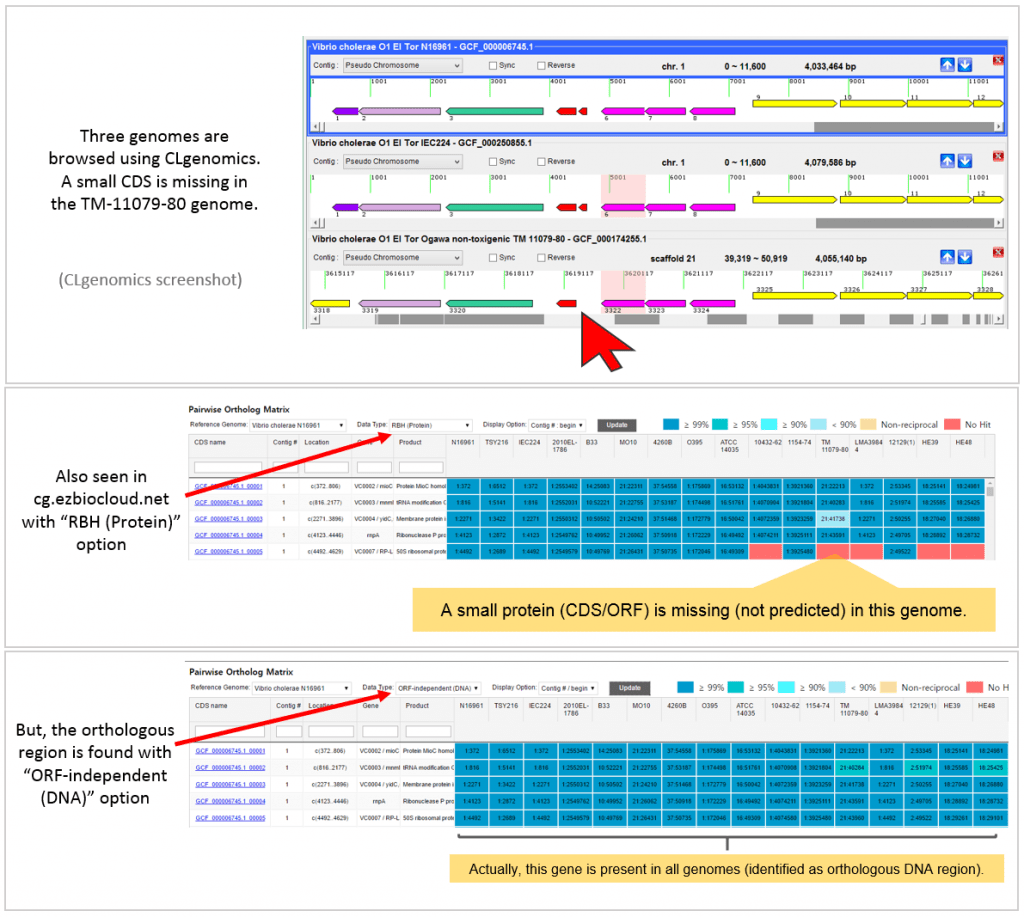 Publications that introduced the EzBioCloud 16S database Our database has been introduced in the following three publications (The numbers of citations are as of Mar.

Welcome! This tutorial was prepared using a well-known pathogenic species, Vibrio cholerae, (the causal agent of cholera). It is a step-by-step example showing how to